Moving from GST to SST

Goods and Services Tax (GST) is a tax on most products and services for domestic consumption at every level in the production process.

Sales and Services Tax (SST) are covered by two separate tax laws on a wide variety of goods and services at a single level. Prior to replacement by GST, the sales tax was at 10% and service tax was at 6%.

Impact of GST to SST will be lower collection to be covered by streamlining expenditure, prioritizing projects and examining new avenues for revenue generation from GLCs and GLICs. SST will be reintroduced on 1 September 2018. SST will be 5% or 10% for sales (goods) and applies to certain manufactured or imported goods at point of manufacturing or import. SST for services is 6% and only for certain services.

Why don’t we do RM2 million as the new turnover threshold for SST instead of the present RM0.5 million? 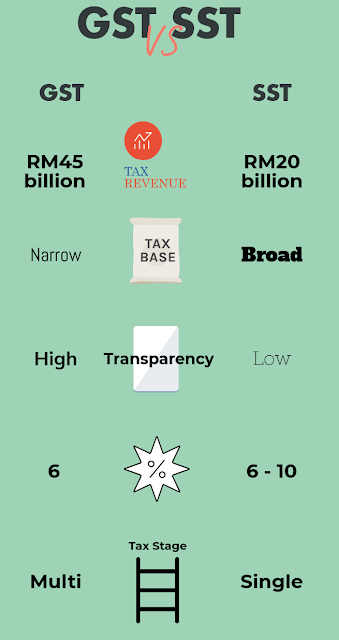 Welcome to Hot Deals for Monday, where you have opportunities to Buy or Sell!

We at MP Capital Advisory have a funding institution who is interested to finance property projects of upto RM 30 million over 5 years and at an indicative interest rate of 8%.  Security required is property valued at 2 times or more of the loan.

In our previous article (Read more here), we have illustrated the basic core hashing algorithm of Bitcoin using SHA256.  It can cryptograph input messages of any size into a unique 64-character code.  Thus, contracts or transactions could be hashed and distributed on the Blockchain network.

This article will provide an overview of the Bitcoin hashing process using real-world example.  Each Bitcoin transaction info is publicly available on the internet.  One can use the Bitcoin Block Explorer (Read more here) to view the transaction info of every block (ledger) that was registered onto the Blockchain.  For example, the first Bitcoin block was created by the Bitcoin inventor, Sathoshi.  The block info is accessible on the internet and it is commonly regarded as the Genesis Block (Read more here). 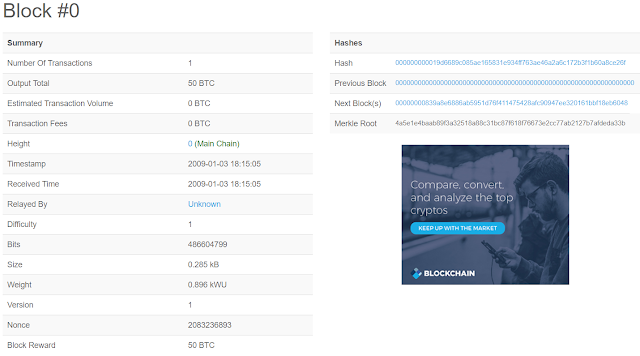 As you may have already learnt from the previous article, input message is required to generate the unique hash for this transaction block.  The input message (block header) of Bitcoin transaction comprises of


For the Genesis block,


The nonce is a moving target and depends on time, bits and merkle root, which are updated roughly every ten minutes.   The successful miner is the one who could guess the nonce that will produce the output hash of certain length of leading zeros.   For the Genesis block, the nonce is 2083236893.  The following diagram shows the flow of the hashing and mining process. 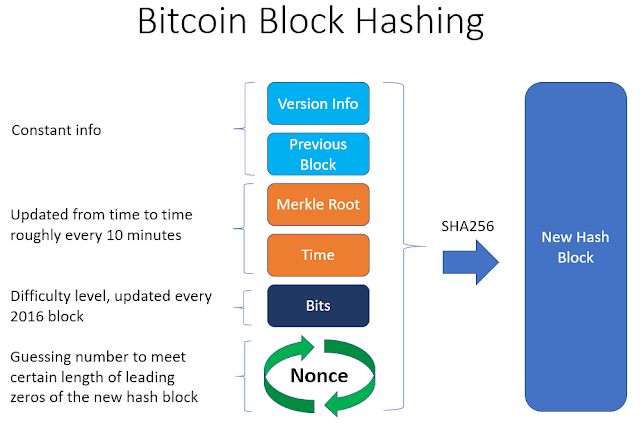 As we can see from the above diagram, every new block incorporates the info from a previous block.  Thus, changing a small info from a block that sits in the middle of the blockchain without impacting the entire chain is impossible.  As such, once the transaction is registered on the blockchain, it is theoretically irreversible.

How to Prepare Your Company for Artificial Intelligence (AI) and Big Data Era?

The 2018 NewVantage Partner’s annual executive survey, published on 8 Jan 2018, represented about 60 Fortune 1000 or industry-leading companies.  The survey showed that 97.2% of executives report that their companies are investing in building or launching AI and big data initiatives.  About 76.5% of the executives agree that extensive availability of quality data is what has empowered AI and more so cognitive initiatives within their business.

The two key obstacles that hinder companies from adopting AI and big data are high cost of investment and lack of skillsets.  However, companies could prepare themselves to be “AI and Big Data ready” instead of adopting a “wait-and-see” approach.

Tang, General Manager of TechCode's Global AI+ Accelerator Program, listed out “5 Steps to Adopt Artificial Intelligence in Your Business” which are as follows:

Step 1 to 4 do not require large investment cost, it is part of your organization’s process.  Step 5 may incur some minimal investment and the cost could be further reduced by engaging a local consultation firm.  We at MPCA could help your company to follow through the above steps, please contact info@mpcap.com.my or 603 - 2283 1170 for further details. 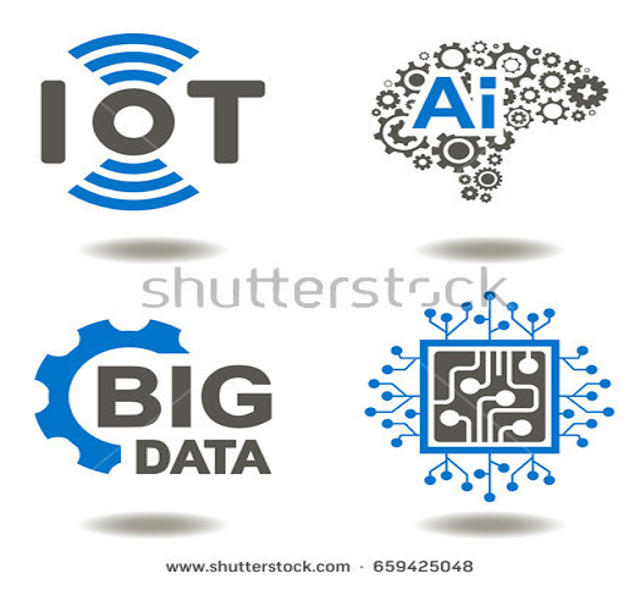 Theresa May’s bespoke (“made to order”) Brexit deal may not happen with weeks to go in negotiations. The U.K. may have to choose between a Norway-style Brexit or a Canada-style Free Trade deal. In the Norway-style Brexit, the U.K. will remain in the single market and accept EU rules with little influence in shaping it. In the Canada-style free trade deal, it would please Brexiteers but British businesses will strongly oppose it.

Downing Street wants to do a modified Norwegian model. The idea is to have frictionless trade (for goods) and an open Irish border whilst satisfying the Brexiteers. Theresa May has to water down her previous insistence that with Brexit, the European Court of Justice will have no influence in the U.K. The reverse is the case with a closer relationship with Brussels after leaving the bloc.

What is the cost? Each of the government’s four Brexit scenarios, including a bespoke deal would leave Britain poorer and cost the taxpayers millions of pounds each week. Global Futures estimates the government’s preferred option – bespoke deal will cost about £40 billion per year. A summary table shows the following:

Already British households are more than £900 worse off after the vote to leave the EU (Governor, Bank of England).

Does it matter to Malaysia? Yes, if you look at the free movement of goods and services in Europe via U.K. It may no longer be there with bespoke Brexit. In 2017 we exported RM9.65 billion to the U.K. and imported RM6.73 billion. Some of which may have been re-exported or re-imported with other European nations. EU (excluding U.K.) exported RM73.1 billion to Malaysia and imported RM85.6 billion from Malaysia. This second part may not be impacted by Brexit. But we need to be nimble to reduce impact of any form of Brexit, proceeding from March 2019. 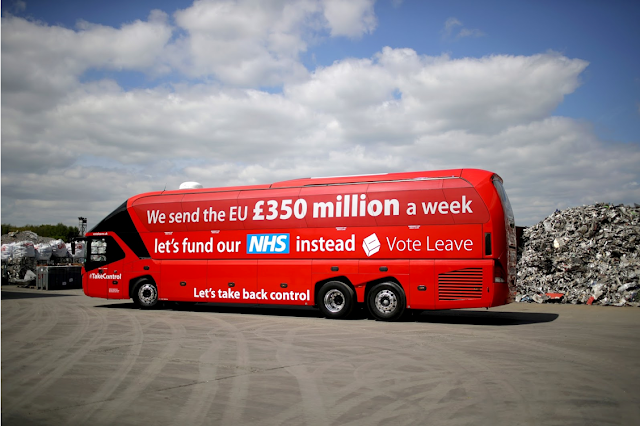 From NATO meeting in Brussels, President Trump left for Helsinki to meet Putin of Russia. No one knows what was discussed between the two men for one and a half hours. But we have the transcript from the translators present. And it goes like this:

That’s the end of the transcript (We don’t have an official version but that’s the figment of this writer’s imagination). 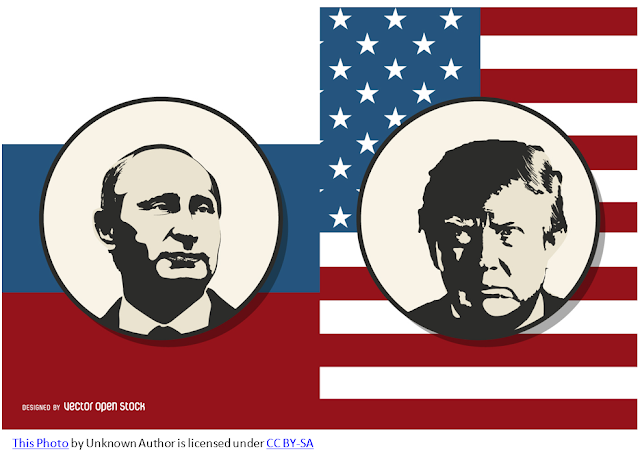 NATO Funding: What is the Issue?

President Trump accused America’s NATO allies of “....not paying what they should”. NATO is based on collective defence – an attack on one or more is considered an attack against all (something like “The Three Musketeers”!). Treaty members target spending 2% of economic output (GDP) on defence – but that is just a guideline. There is no penalty for not meeting the guideline. Each country (in the 28 member alliance) decides how much to spend and how to use the money. 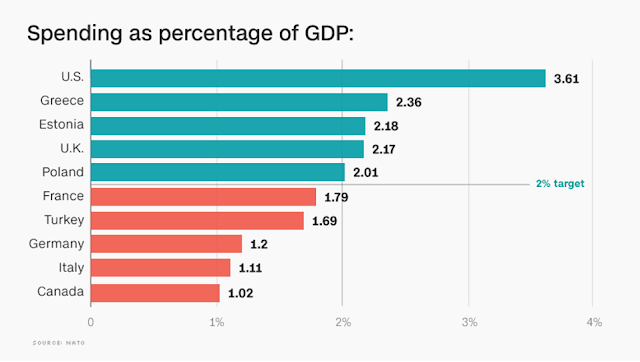 The North Atlantic Alliance has its own military budget of Euro 1.29 billion. This is used to fund some operations, finance the command centre and also for training and research. The Alliance also has a civilian budget of Euro 234.4 million to fund NATO Hq. in Belgium and its administration.

Only 5 members meet the 2% target – the U.S. Greece, Poland, Estonia and the U.K. Among the rest, the larger economies like Germany, Italy and Canada are well below the target. In 2016, 22 of 28 NATO members increased their defence budgets. Overall, spending rose by 2.9%.

Why spend? Fear of Russian aggression. So the border states of Latvia, Lithuania and all splurged in 2016. But is there another Trump hidden agenda? To boost sales of U.S. defence manufacturers – Lockheed Martin, Northrop Grumman, Boeing and the like? We will never know for sure but a businessman is always a businessman.

What about Malaysia? We provide 1.1% of our GDP on defence. Under the previous Government, we had equipment that may not be combat ready, planes that may not fly and submarines that may not submerge. And who is our enemy? Singapore? Indonesia? Or, China? More likely it is the bandits from Mindanao!
Posted by MyMPCA at 12:00 No comments:

Welcome to Hot Deals for Monday, where you have opportunities to Buy or Sell!

J-V for solar plants totalling above 1,000MW.  Terms for discussion.

We at MP Capital Advisory have a funding institution who is interested to finance property projects of upto RM 30 million over 5 years and at an indicative interest rate of 8%.  Security required is property valued at 2 times or more of the loan.

By now, most people may have already heard about Bitcoin and Blockchain, knowing that it could be described as “distributed ledger”, with the characteristic of irreversible, pseudonymous, global and secure.  Another interesting characteristic of Bitcoin or Blockchain is the “mining” process.  The reason behind the irreversible and secure characteristics of Bitcoin and Blockchain is that for each transaction block to become valid, it requires huge computing power to solve the hash algorithm.
The “miner”, could be anyone whom has the computing power to solve the algorithm.  They are competing among each other to solve the hash.  The winner (the first one who solves the hash) will be rewarded with some amount of new Bitcoin, generated automatically by the Bitcoin Blockchain algorithm, and also transaction fees.

The core hash algorithm is based on SHA256.  Secure Hash Algorithm, is a set of cryptographic hash functions designed by the United States National Security Agency (NSA) (Read more here).  It is designed in a way that the input messages of almost any size (over 18 quintillion different values) are converted into a unique 64-character long code in hexadecimal format.  And the one-way process means it is impossible to obtain the input message by knowing the unique 64-character long code.  A simple analogy of this process is colour mixing.  One can produce a new unique colour by mixing various colours, but one cannot “unmix” the new unique colour back to their individual component.

As such, any contracts, agreements or transactions could be cryptographed and distributed on the Blockchain network with its unique tampered proof hashing algorithm.  In the next article, we will illustrate more real-world examples of Bitcoin transaction algorithm.  Stay online!