Is the U.S. Stock Market Overvalued?

The total market cap (TMC) to GNP ratio, or the Buffett indicator, is “probably the best simple measure where valuations stand at any given moment”. The chart below is the current ratio of total market over GDP (proxy for GNP) and its historical range. 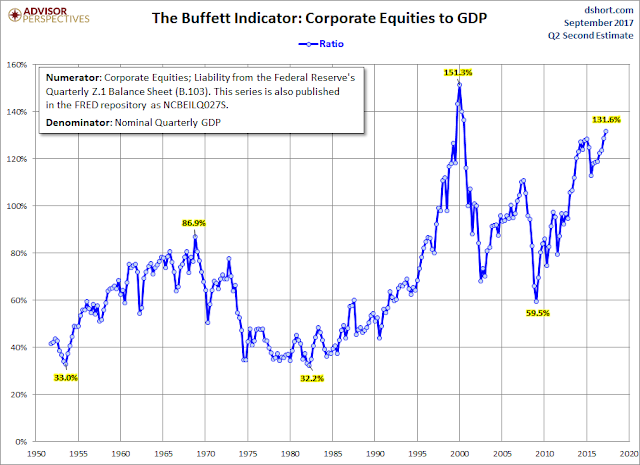 The ratio cannot be used to compare the valuation levels of different nations. Some are driven by large public listed companies, others by state-owned companies. Then there are differences in reporting, accounting rules, regulations and tax laws. Further, some suffer from low equity ownership. For example, India has only 4% of adult population who own stocks compared to 52% in the U.S.

That said, the U.S. current market cap/GDP ratio of over 135 per cent could be problematic, if you subscribe to Buffett’s mantra. As he (Buffett) says, “for investors to gain wealth... the percentage relationship line... must keep going up and up”. And if it gets too high, Buffett says you’re “playing with fire”.

The cyclical-adjusted-price-to-earnings (CAPE) ratio of a stock is another standard metric used to evaluate if a market is overvalued or otherwise. This metric was developed by Robert Shiller of Yale and popularised during the Dotcom Bubble. It’s a variant of the typical price-to-earnings (P/E) ratio of stocks.

When the CAPE ratio is high, it’s usually wise to reduce equity exposure.

So is the U.S. market overvalued?

Robert Shiller suggests long-term investors to cut back on their equity holdings. At this level, he suggests that “the expected return for stocks might be negative, but only slightly so”. Shiller adds, “... it’s quite reasonable to have an investment in U.S. stocks as part of a diversified portfolio... but don’t go overboard on it”.
Posted by MyMPCA at 13:03 No comments:

How Do We Measure Income Inequality?

The level of inequality differs widely around the world. Usually, emerging economies are more unequal than rich ones. Scandinavian countries have the lowest income disparities, with a Gini coefficient of around 0.26. The most unequal, like South Africa, registers around 0.67. The U.K. has a figure of around 0.36 while the U.S. is around 0.48. 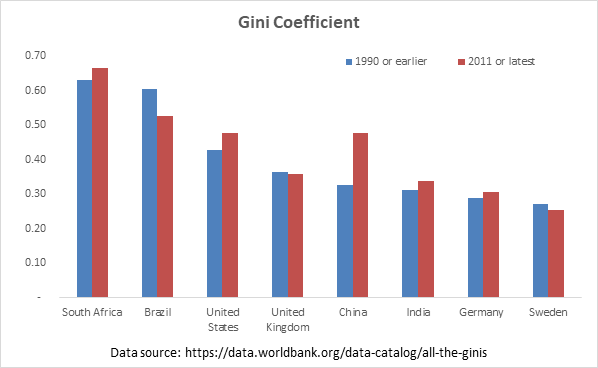 Malaysia’s Gini coefficient according to the Economic Planning Unit, has improved to an all-time low of 0.40 in 2014. 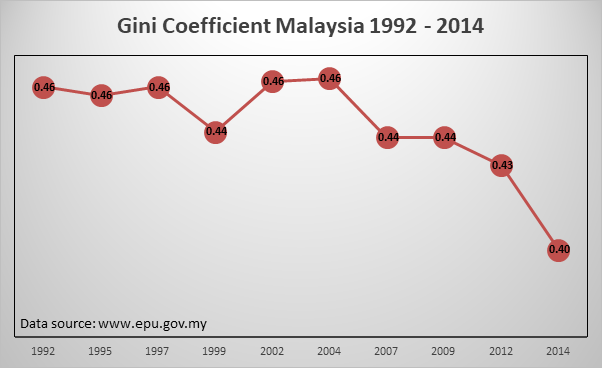 This contradicts United Nations Human Development report that suggests the richest 10% control over 38% of income compared to poorest 10% who only have 1.7%. The World Bank puts Malaysia’s 2014 Gini coefficient at 0.421, higher than the Government’s calculation. Data discrepancies aside, how do we address inequalities?


Affordable quality education, fair wages and opportunities for entrepreneurship may help the next generation of Malaysians to reduce income disparities faced currently.

Global estimates of infrastructure investments required to support economic growth and human development lie in the range of US$65-70 trillion by 2030 (Read more here), while the estimated pool of available funds is limited to approximately US$45 trillion (Read more here).

Public infrastructure projects, on the other hand, require more than maximizing shareholder’s wealth.  Other factors such as social and economic impact are equally important for decision making.  Furthermore, they often show an opposite impact as compared to financial results.

The World Bank has proposed an Infrastructure Prioritization Framework (IPF) in 2016 (Read more here).  It has a multi-criteria decision support tool that considers project outcomes along two dimensions, social-environmental and financial-economic.  Illustration below shows the summary and outcome of the IPF. 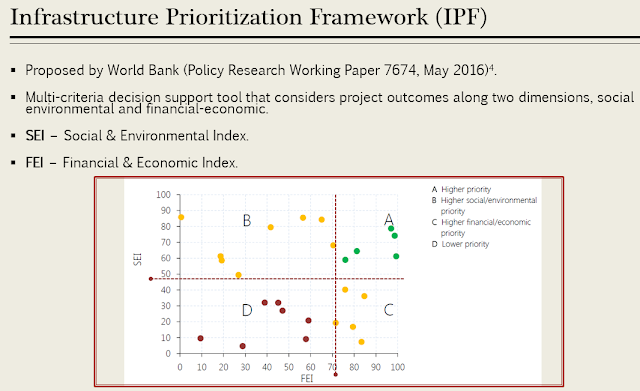 The core idea of the IPF is the statistical process, which consists of data Z-score standardization, normalization, and then using Principal Component Analysis (PCA) method to assign weightage to each component to form the index.  PCA is an advanced statistical method recommended by Organisation for Economic Co-operation and Development (OECD) to assign weightage for Index construction (Read more here).

The above framework is useful to examine HSR, ECRL, MRT and other similar transport projects that will have an impact on the economy. 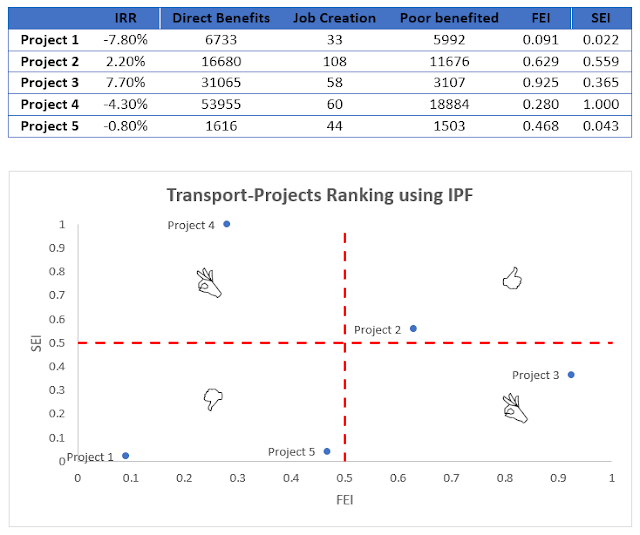 Based on the above, project 2 is a great project although its IRR is not high while projects 1 and 5 are to be rejected under this methodology.  Whilst projects 3 and 4 are deemed acceptable on the FEI and SEI indices.

For more information about project ranking methodology, please visit http://www.mpcap.com.my/ or contact info@mpcap.com.my.
Posted by MyMPCA at 12:00 No comments:

Is It Always NPV vs IRR? 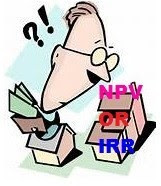 To measure the returns of a project, many use NPV and/or IRR. But which tool is better? 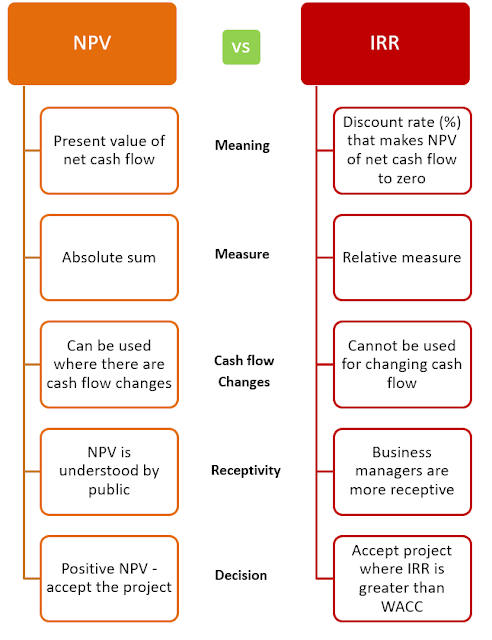 Safe to depend on NPV method for project selection. Generally used by financial analysts in DCF valuations to find present value of free cash flows to firm.

For more information about NPV vs IRR, please visit http://www.mpcap.com.my/ or contact info@mpcap.com.my.