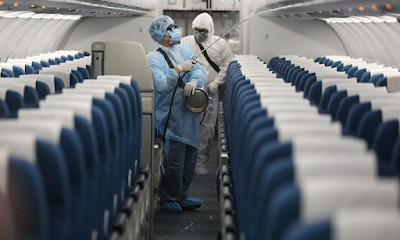 IATA anticipates airlines could lose up to USD113 billion due to Covid-19. This is revenue impact. Airline share prices have fallen on average by 25%, six times greater than SARS outbreak in 2003.

Airlines have grounded large parts of their fleet, cut routes and suggested staff take unpaid leave for 2 or more weeks. Governments need to stabilize situation with relief on taxes, charges and other direct temporary infusion as the bankers “enjoyed” in 2008. Cathay Pacific, Lufthansa, EasyJet, Alitalia, Finnair and Air China/ China Eastern/ China Southern are doing what is required. 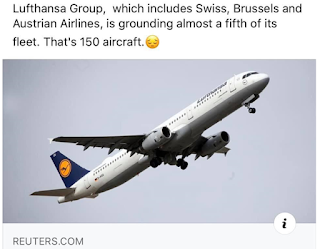 Meanwhile, the UK airline, Flybe, has gone into administration, placing some of the blame on the coronavirus outbreak. But there were problems at the firm, which was rescued from collapse just a year ago.

What went wrong at Flybe, which was Europe's largest regional airline?

1. Operating regionally made it vulnerable

Flybe operated about 40% of regional UK flights, so it was particularly exposed to anything that went wrong in the domestic market.

This meant a recent fall in demand prompted by the coronavirus outbreak just added to its list of woes at home. It already had to contend with storms disrupting travel, and the effects of Brexit.

There was also a constant pressure on the airline to be competitive with rail and road travel.

2. It operated in an incredibly competitive market

Aviation is a notoriously competitive industry at the best of times. The UK is particularly competitive, with Flybe squeezed between major airlines such as British Airways and the big low-cost carriers like Ryanair and EasyJet.

At the same time, average fares have fallen, squeezing margins and leaving no room for mistakes. When the carrier was taken over by a consortium last February, it was posting losses of around £20m a year.

3. It paid more tax than other airlines

Many Flybe routes were domestic, placing it at a tax disadvantage. Airlines have to pay Air Passenger Duty (APD), a tax per passenger on flights taking off in the UK. For international flights, Air Passenger Duty only has to be paid on the route out of the country.

But for journeys within the UK, APD is paid both on departure and arrival. The levy is thought to have cost Flybe more than £100m a year, something it had long complained about.

The government was considering a cut in APD on domestic flights to help Flybe, which operated more than half of UK internal flights outside London. But this was unlikely to come into effect until next year, as the UK is wary of contravening EU state aid rules while still in the Brexit transition period.

4. It had too many planes

A decade ago, Flybe was listed on the stock market as part of an ambitious pan-European expansion plan. The listing raised money to buy more planes, including an £850m order for 35 Embraer 175 jets to "underpin" its expansion into Western Europe. But for years after that it struggled with overcapacity.

Over the past decade, Flybe has been rebranded twice, gone through four chief executives and neared collapse three times. It has also undergone several restructurings. A year ago, the carrier was bought for £2.2m by a consortium of Virgin Atlantic, Stobart Group and Cyrus Capital.

But the owners "were strange bedfellows" who wanted different things from the acquisition, says John Strickland, an aviation analyst at JLS Consulting.

"We had two airlines with very different business models. Virgin was interested in Flybe to feed more passengers into its long-haul flights into its airports at Heathrow and Manchester, while Stobart flies regional routes itself. "Cyrus Capital were venture capitalists looking to make a return on their investments. None of these were compatible with each other, and I'm sure they had different opinions over time," he told the BBC.

What about Asian airlines?

Asian airlines are set to lose US$27.8b as demand shrivels amid virus outbreak. 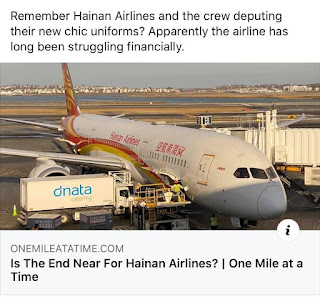 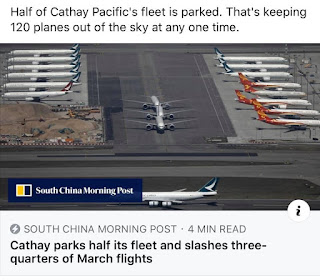 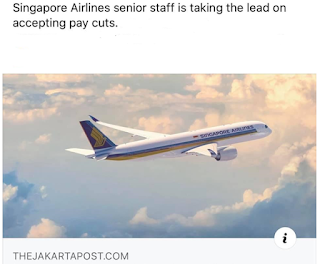 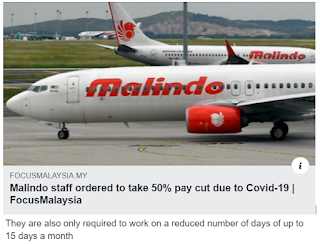