Has Trump Got A “Perfect” Bank and a “Beautiful” Loan?

Companies globally are seeking debt relief because of the pandemic. The Trump Organization or his representatives have been talking to Deutsche Bank and a Florida County about delaying payments on loans and other obligations.

With some of his golf courses and hotels closed, the Trump Organization (“TO”) needs debt relief. Landlords and leaders are in an awkward situation to accede or alienate the President. Many U.S. companies can tap into a USD 500 billion rescue fund approved by Congress. But not Trump. The bailout package has specifically barred the President and his family from access to that money.

Deutsche Bank (“DB”) has lent Trump and his companies about US2 billion since 1998. DB is the only major financial institution willing to do business with Trump and his companies. Because of his history of defaults and bankruptcies, DB insisted on his personal guarantee on the loans. The Bank will therefore have resources to his personal assets if there is a default.

Meanwhile the U.S. Justice Department has been conducting a broadened probe on DB regarding 1MDB. So, the bank’s options are limited and unattractive.

With businesses nationwide seeking relief, Trump’s status as President means his company’s actions are weighed up with potential conflicts of interest for lenders and landlords (e.g. Palm Beach County has lease payments due from a 300-acre resort run by TO).

In the 2008 crisis, Trump owed millions to DB, and told them the crisis is an “act of God”. He sued the Bank for predatory lending and sought USD3 billion in damages. This was settled two years later with Trump getting extra time to repay what he owed.

For Trump, DB fuelled several risky loans and established itself as a maverick bank – willing to do business with people who others would not touch.

DB had Trump’s tax returns as far back as 2011. The Democrats subpoenaed DB for those returns. The Trump family sued DB to block the release of the documents. The Federal Courts have ruled against Trump, but the Supreme Court is now set to hear arguments next month.

Trump’s relationship with DB soured after 2008 crisis. But he used the private banking division (of DB) to secure new loans. 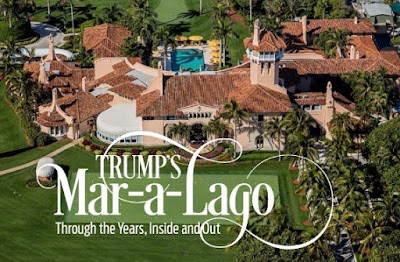 Trump rewards bankers who support his cause with weekend trips to his Mar-a-Lago resort. Meanwhile, he creates special purpose vehicles to borrow for his projects. Trump also told DB he was worth more than USD 3 billion. A study by DB found he was only worth about USD 788 million. Normally, the loan applicant will be disqualified because of false submission. But DB pushed forward and loaned Trump USD 640 million for the construction of his Chicago tower.

What can we learn?

There are no perfect banks or beautiful loans. Credit standards could be waived by a maverick institution, even after the Great Recession. Surely, character, capacity, capital, collateral and conditions matter? Not so, if you are a powerful politician!