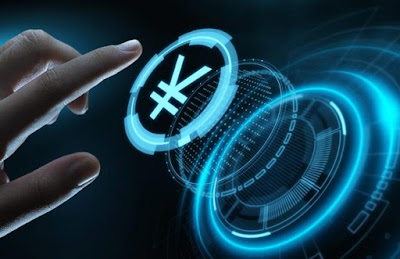 The PBOC, China’s central bank started its digital currency project in 2014. The PBOC accelerated its development in 2019 after Facebook unveiled its own cryptocurrency, the Libra.

In April 2020, PBOC launched the first trials of the digital RMB in four Chinese cities – Shenzhen, Suzhou, Chengdu and the Xiong’an, New Area near Beijing.

Why the push? According to Jennifer Zhou Scott from Radian Partners, there are two reasons:

(i)         poverty alleviation – digital currency could streamline aid to 5.5 million people living in extreme poverty in China; and
(ii)         lessen China’s dependence on the U.S. dollar

Other reasons cited include to combat money laundering, gambling, and terrorism financing.

China is certainly seeking to augment the role of the Yuan with it being part of IMF’s special drawing rights and the creation of the Asian Infrastructure Investment Bank. And China is light years ahead of the U.S. in digital currency. Consumers in China are familiar with purchases without cash – WeChat and Alipay. So, moving to a whole new level is not an unfamiliar territory.

The digital Yuan is expected to function more like its paper cousin than a cryptocurrency. Its value is tied to the Yuan and PBOC will monitor every transaction. So, there is no anonymity as in Bitcoin.

Princeton University historian, Harold James, believes the new digital currency could come to rival the dollar as an international means of payment. Others are more sceptical. Erik Nelson of Wells Fargo is of the view that if China really wants to establish the Yuan as the main reserve currency it has to take more steps on the governance front and open up its markets to foreign investors. Digitalization, per se, is not going to do it.

Nevertheless, digital currencies have the potential to make transactions cheaper, easier and efficient. If it catches on, it may trigger an upheaval in the global financial system – regardless if it is sponsored by Facebook or the PBOC.