Brain Drain in Malaysia: Why They Go Abroad? 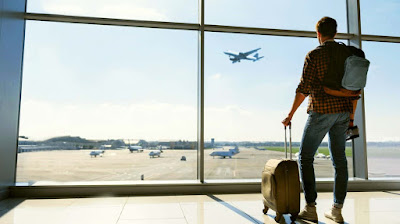 Brain drain is a global phenomenon today and Malaysia is one of the most affected countries. The countries of choice for Malaysians are Australia, Singapore and the United Kingdom. Despite the reduced percentage in loss of human capital (from 63.8 per cent in 2014 to 57.1 per cent in 2018), it is still considered high compared with the investment made for the development of human capital.

Countries mentioned above often offer a variety of funds or scholarships for foreign students. Many young individuals choose to stay and work in respective countries after having completed their higher education there. Some may want to come back, but the lack of suitable opportunities back home makes them stay.

The Malaysian Employers Federation (MEF) sees bureaucratic red tape in Malaysia as only one of several reasons for the nation’s loss of talent to other countries. MEF executive director Shamsuddin Bardan noted that many educational institutions collaborated better with foreign companies than with local firms.

According to Rueben Ananthan from the Malay Mail, the Malaysian economy is primarily centred around production and manufacturing rather than research and development (R&D). This results in high demand for semi-skilled labour and a drastic lack of highly skilled job opportunities. R&D has suffered from low funding and ranks very low among the government’s list of priorities. The job market in Malaysia also caters exclusively to ‘traditional’ jobs such as doctors, lawyers, engineers, accountants, finance executives and administrative assistants. There are very few opportunities for individuals who choose to study niche subjects.

Another factor is that the government is not making enough effort to ‘entice’ and encourage Malaysian professionals overseas to come back and contribute to the country. Agencies such as Talent Corp claim that more than 5,000 professionals have been brought back to work in Malaysia since 2011. However, this is just 0.2 per cent of the total Malaysian diaspora currently living overseas.  The total number stands at close to 1.7 million people.

The government should look at the gaps that the country needs in order to transform into a developed country. Then, scout actively for professionals with matching skills. Hiring policies should be needs-based rather than race-based. And if the government was able to make greater effort to stay connected with those who have left, and these are those who have better exposure overseas, it could be useful to the Malaysian economy.  A brain drain could be turned from an issue to an advantage! But please don’t hold your breath on that with a race centric government.