Is Trump Really a “Clown”?

President Trump announced that he was ending negotiations over a new economic aid package with Democrats, after accusing Speaker Nancy Pelosi of “not negotiating in good faith.” No wonder Joe Biden calls him a clown. 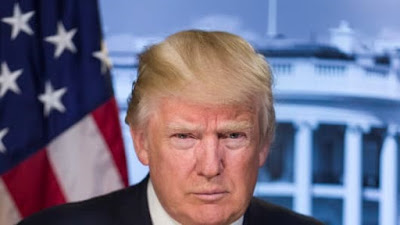 The S&P 500 had begun to climb before Mr. Trump’s announcement, on Twitter. It slid more than 1 percent soon afterward, and ended the day about 1.4 percent lower.

...request, and looking to the future of our Country. I have instructed my representatives to stop negotiating until after the election when, immediately after I win, we will pass a major Stimulus Bill that focuses on hardworking Americans and Small Business. I have asked...

Earlier in the day, the Federal Reserve chair, Jerome H. Powell, urged the government to take action to address the economic pain the pandemic has inflicted on millions of households. “Too little support would lead to a weak recovery, creating unnecessary hardship for households and businesses,” Mr. Powell said in remarks before the National Association for Business Economics.

Since approving nearly $3 trillion in economic relief this spring, Congress and the White House have failed to reach agreement on another package, despite warnings from economists, including Mr. Powell, that follow-up aid is needed to maintain the country’s economic recovery.

Though talks all but collapsed in early August, Ms. Pelosi and Treasury Secretary Steven Mnuchin have resumed discussions in recent days as companies continue to furlough or lay off tens of thousands of Americans and local governments, schools and industries across the country lobby for more congressional relief.

But both sides have remained far apart in their expectations of what a new spending bill should include. Democrats in the House last week approved a $2.2 trillion relief package, but Republicans have balked at Democrats’ plans, deeming them far too costly.

Tuesday’s trading on Wall Street highlights intense focus recently on developments in Washington, from concerns about Mr. Trump’s health after his Covid-19 diagnosis, to the prospect that a battle over the Supreme Court would derail progress on other fronts.

But in recent days, some analysts on Wall Street have looked on increasingly favorable polling for former Vice President Joseph R. Biden Jr., President Trump’s Democratic challenger, and prospects for a resounding victory for Democrats on Nov. 3, as a precursor for a large stimulus package next year.

Such a “blue wave” would “sharply raise the probability of a fiscal stimulus package of at least $2 trillion shortly after the presidential inauguration on January 20, followed by longer-term spending increases on infrastructure, climate, health care and education that would at least match the likely longer-term tax increases on corporations and upper-income earners,” wrote analysts at Goldman Sachs this week.

So is Trump a clown? Yes, he is! Otherwise,

His best bet is to re-start and join the Barnum and Bailey Circus as a clown!