A longer life expectancy is often seen as a blessing but the reality is that many Malaysians simply cannot afford to live longer due to insufficient savings and the absence of retirement plans. Unless of course their children support them out of filial duties.

Khazanah Research Institute (KRI) revealed that nearly 40% of workers – including those employed in formal full-time jobs – did not have retirement savings plans. “An estimated 5.9 million workers or 38.9% of the total employment in 2019 did not have retirement arrangements that could protect them against old-age risks” said KRI researchers Hawati Abdul Hamid and Nur Thuraya Sazali in their paper. This was reported by Star, 19 September 2020. 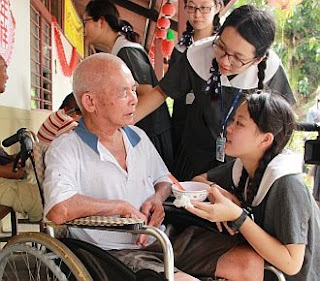 The share of contributing members to retirement savings had also dropped from 53% in 2008 to 50% in 2019, the paper stated, adding that non-contributing members had to rely on state non-contributory welfare assistance for any financial relief. The KRI paper titled Shrinking “Salariat” and Growing “Precariat”? Estimating Informal and Non-standard Employment in Malaysia also noted that having a retirement saving account did not guarantee enough savings for old age.

KRI research associate Nazihah Muhamad Noor said data from the Employees' Provident Fund (EPF) indicated that Malaysians did not have enough savings to sustain themselves in their golden years.

Nazihah said the estimated spending for men would translate to RM808 per month and M547 per month for women should they live to their life expectancy age, which was well below the national poverty line income of RM2,208 per month. This year, about 7% of Malaysia’s 32.73 million population are aged 65 and above. According to the National Population and Family Development Board (LPPKN), Malaysia is expected to see those aged 60 years and older make up 15% of its population by 2035. The Malaysian Research Institute On Ageing, Universiti Putra Malaysia, thinks it is by 2045. Whatever the year, it will double in 15-25 years.

According to the National Health and Morbidity Survey in 2018, about 28.6% of the elderly respondents perceived themselves as having poor quality of life and this was higher among the elderly who were single, living in rural areas, had no formal education and with monthly income of less than RM1,000.

Malaysia, said Nazihah, would have to look at measures by other countries such as Japan and Singapore to promote active ageing. Active ageing -- a concept deployed by the European Commission and World Health Organisation -- evokes the idea of longer activity, with a higher retirement age and working practices adapted to an employee's age.

In addition, incentives should be provided for developers to undertake dwellings for and/or assisted living for the aged. Meanwhile, the children of aged parents would require tax or other relief for meeting expenses beyond medical bills.  Families have abandoned aged folks at hospitals or care homes because of economics, disease or dementia suffered by the elderly. A more caring society will look at quality of life for the aged and encourage the younger generation to look after the older folks.