The Land of the Free Has 25% of the World’s Prisoners! 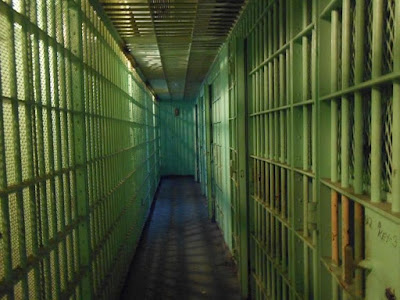 This was a seemingly unbelievable figure that turned out to be correct. The widely cited statistic was cited by Michelle Ye Hee Lee of The Washington Post (July 7, 2015).

The United States had the highest prison population rate in the world, at 716 per 100,000 people. More than half the 222 countries and territories in the World Prison Population List, by the U.K.-based International Center for Prison Studies, had rates below 150 per 100,000.

The 2015 World Justice project Rule of Law index was published in June 2015, ranking 102 countries based on a host of indicators, including criminal justice. The criminal justice factor measures impartiality, due process and rights of the accused, and effectiveness of the countries’ criminal investigation, adjudication and correction systems. The United States ranked 23rd out of 102 countries, 16th among 24 regional peers, and 23 among 31 income peers.

A series of “get tough” policies were enacted in the 1980s and into the 1990s, such as truth in sentencing laws, mandatory minimums, mandatory drug sentences, life sentence without possibility of parole, and the three-strikes law. (Britain also got tough on crime during this time, but not nearly to the levels that the United States did.)

“What sets the American pattern so clearly apart from the rest of developed nations is a by-product of the generation after 1972,” said Franklin Zimring, a University of California at Berkeley law professor and director of criminal justice research program at Earl Warren Legal Institute.

The American public became worried when crime rates soared; the crime problem was among top voter concerns through the 1970s. The lack of political consensus on what was causing the increase in violent crime and what to do about it increased public concern, according to “The Growth of Incarceration in the United States: Exploring Causes and Consequences.”

The “get tough” policies became politically popular. The key players in the country’s legal system are elected positions in various levels of government (including local sheriffs, elected prosecutors, parole boards, executive clemency and pardoning authority, legislators voting on crime laws, etc.), which makes the U.S. criminal justice system more politicized and more responsive to popular opinion, experts said. The United States also functions as 51 separate countries, because so many of the criminal justice decisions are made at the local and state levels.

The network of social service programs is less developed in the United States than in comparable countries. That means the United States relies more on jails and prisons for people who otherwise would have been diverted to non-institutionalized care (i.e., people with mental health or substance abuse issues, the homeless, the youth). Community-based alternatives are being developed on a local and state level, but there is not a national network that can support a systemic move away from incarceration.

There are many theories about the impact of social factors that are unique to the United States, and how poverty, race and income inequality have interacted with incarceration rates. In recent years, re-entry advocates have highlighted state decisions to impose criminal justice fees, such as fines for failing to appear in court, lab processing fees for drug tests or surcharge if inmates are housed in private prisons. Such fees are unique to the United States and also contribute to reincarceration, experts said.

Even when adjusting for other factors, such as crime victimization, social service spending and economic development, the United States incarcerates people at a higher rate than other countries.

The crime rate has been decreasing steadily in recent years but the incarceration rate has not dropped at the same rate. But those trends are beginning to change. People who were incarcerated in the late 1970s during the spike in crimes and received mandatory decades-long sentences are now being released. According to the Bureau of Justice Statistics, 2009 was the first year in 31 years when prison releases exceeded admissions.

Until America reverses its tendency to criminalize acts which other countries hold as civil violations, the prison population will increase. Technical violations of immigration laws, environmental standards and arcane business rules add to its litany. Cost per inmate annually is RM33,274 on average in 2015 (U.S). Total cost on average was USD42.9 billion.

It is time for Malaysia also to review its laws, because laws and regulations alone will not produce a civilized society. And if the leadership itself fails to live up to a moral footing applying different standards for the rich and powerful, then where is justice?

1. Yes, U.S. locks people up at a higher rate than any other country, Michelle Ye Hee Lee, The Washington Post, July 7, 2015