The Employees Provident Fund (EPF) will be forced to liquidate its assets and rebalance its portfolio to make billions of ringgit in funds available to depositors in need of cash to buffer the economic impacts of the Covid-19 pandemic.

The EPF is estimating that both its i-Lestari and i-Sinar emergency schemes will see roughly RM45 billion pulled out by the end of next year, as eligible members are granted early access to their retirement savings.

Additional reductions in the contribution rate over the past eight months have seen the EPF lose another RM8 billion in opportunity cost for 2020 and a further RM9 billion estimated for 2021, bringing the total cash flow implication on the pension fund to RM60 billion.

EPF CEO Tunku Alizakri Raja Muhammad Alias did not provide details about the liquidation plan but said the fund would look at assets that “best suits” its long-term strategy.

Chief investment officer Rohaya Mohammad Yusof said the asset sell-off plan had been put in motion since March to ensure that the EPF had sufficient funds early on. 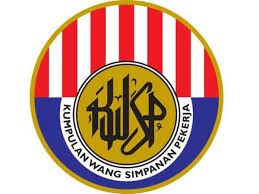 It has been suggested that the EPF would need at least RM46 billion in investment income to keep dividends above 5% for 2020 when it announces the annual payout in February or March next year.

Meanwhile, P. Gunasegaram in the theVibes.com on 19 November 2020, suggested it as a RM60 billion scam.

“It is highly irresponsible for the government to use funds from the EPF to stimulate the economy because the vast majority of employees in Malaysia have not lost their jobs, it will lead to erosion of retirement earnings, and may cause structural problems in the financial system by forcing the EPF to sell assets”.

1.         February 27, 2020 - It was announced that with effect from April 1, employees’ minimum statutory contribution to EPF was reduced to 7% from 11% of salary, a reduction of over one third. If you want to contribute the 11% anyway, you need to fill up a form, skewing the choice towards the reduced contribution.

2.         March 23 - The so-called i-Lestari withdrawal facility from account 2, which is the discretionary withdrawal account (30% of total contribution) which allows a maximum RM500 per month to be taken out from here. It’s effective for a year from May this year.

3.         November 6 - The i-Sinar, allowing, for the first time ever withdrawals from Account 1 which is for retirement, ahead of retirement. Generally, eligible members will have access to 10% of their savings in Account 1 subject to always having a minimum balance of RM100.

For those who have RM90,000 and below in Account 1 they have access to any amount up to RM9,000 subject always to a minimum of RM100 left in the account. The amount paid will be staggered over six months. Those who have above RM90,000 can withdraw up to 10% of their Account 1 savings with a maximum of RM60,000.

Let’s look at how much EPF will pay out from all these. According to EPF’s report, EPF will end up paying over RM60 billion, or some 7% of its total assets of around RM870 billion. It has to sell assets to make available that kind of money to its members.

According to Gunasegaram, two per cent of RM60 billion, or a mere RM1.2 billion at the maximum, need to be withdrawn from EPF for those impacted by Covid-19 and are unemployed. So what is it? RM1.2 billion or RM60 billion?

But if you are an EPF contributor, please keep your money in EPF to ensure higher retirement savings – the returns are better than bank interest rates. It has declared dividends of 4% to 8.5% annually over the last 60 years.

So, is it a scam as Gunasegaram suggests? EPF needs to provide a more detailed clarification on its asset sales to meet potential withdrawals by contributors in 2021. That will be helpful to calm fears.

2. EPF to sell off assets to get cash upfront, Alifah Zainuddin, The Malaysian Reserve,
17 Nov 2020