Is freedom of choice an illusion?

The rapid rise of different goods and services everyday, from cereals we eat to toothpaste, gives the perception of unlimited choice. For example, if you’re deciding which bottled water to buy, the possibilities range from budget brands, to higher-end options, like Perrier. But this appearance of choice is actually manufactured. All or most of the brands are owned by one company: Nestle.

Despite the number of choices in the consumer market, several large companies own the majority of brands, effectively controlling everything you buy.

So, how much of “choice” is really controlled by big business, and how well do Americans understand which corporations have a stake in the goods and services they rely on every day? 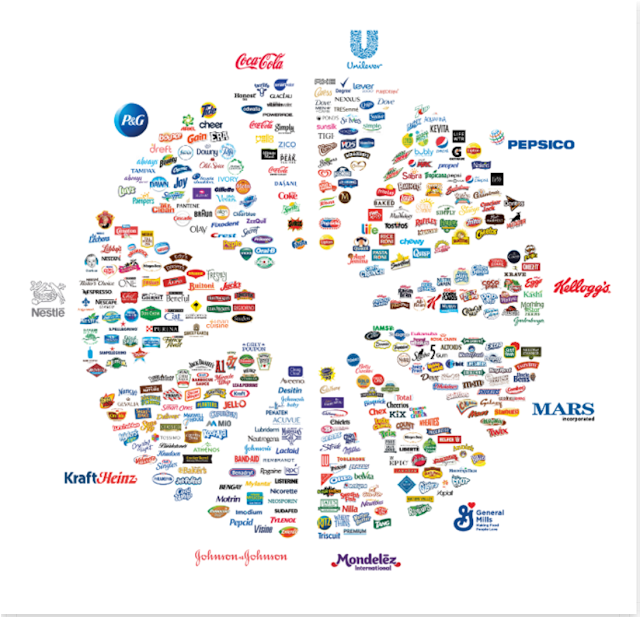 Check out the full visual above to get a better sense of just how intertwined some brands are, and learn more about how well Americans understand this relationship.

influenced by big business, 3,000 people were surveyed about the different brands and

·       Half of Americans are influenced by organic-sounding companies. 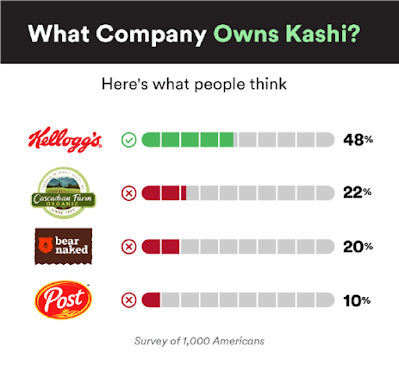 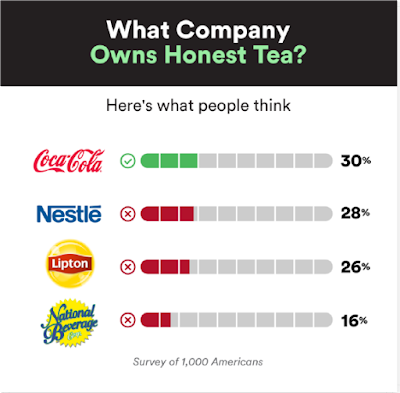 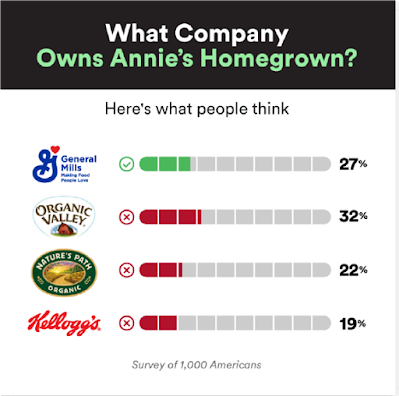 In a result that shows the power of marketing, the  study found that the majority of consumers believe brands marketed as health-conscious are owned by companies with a healthy or organic-sounding name. 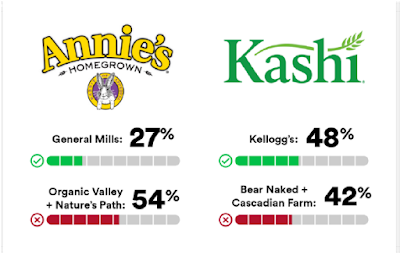 For example, a combined 54 percent of Americans believe that Annie’s Homegrown, which touts itself as selling “nourishing foods that are good for the planet,” is owned by either Organic Valley (32 percent) or Nature’s Path (22 percent).

Similarly, a combined 42 percent of Americans think Kashi, a food brand that promotes  simple, natural ingredients,” is owned by either Bear Naked (a granola brand owned by Kellogg’s) or Cascadian Farm (an organic brand owned by General Mills). A little less than half of respondents, 48 percent, correctly identified Kellogg’s as the owner of the Kashi brand.

54% of Americans Think Honest Tea is Owned by a Tea Company.

Consumer goods brands aren’t the only ones controlled by major companies. There are a number of industries where major conglomerates own various brands, from media and movies studios to high-end beauty and luxury fashion.

So, do American consumers or any other consumers really have freedom of choice? With 11 billion-dollar consumer good and food companies controlling over 400 major brands, we may not have that many choices — but we certainly have the illusion of them.

These 11 companies control everything you buy (https://wikibuy.com)