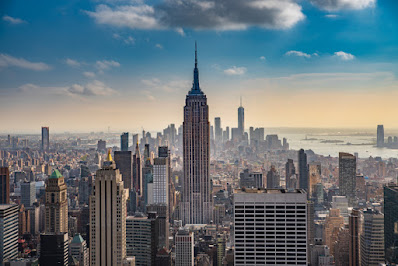 Many view New York as dead. And it may not come back again. Here, we are quoting some of the reasons why:

People Move to Other Cities

Before the pandemic, there was a trend to move away from New York. And that too to other big cities. But for New York, the pandemic has just stepped this up a few gears.

People — and Companies — Get Used to Working Remotely

All that is possible now. And a lot of companies are more than happy with it. They save in office space rental. Companies like Barclays, JP Morgan Chase and Morgan Stanley say it is unlikely their employees will ever return.

Colleges have long been one of the reasons why people move to New York City. But many are now working and studying remotely. One of their big concerns is the number of out-of-state students who must be quarantined.

Even before lockdown turned central New York into a ghost town, people were feeling less and less safe in New York. The number of shootings was going up. And the rising cost of living has also led to a spike in homelessness.

People moving out New York are leaving residential property empty. Businesses closing have boarded up their commercial property. Lease signings on office space are about half of what they used to be in 2019. More and more landlords who can’t afford to pay their mortgages are at risk.

Other Cities Are on the Rise

Working remote could shift the high quality of living in New York to smaller cities. Restauranteurs or small business owners who can’t survive in New York then set up shop somewhere smaller and quieter. Places on the rise, especially with millennials and Gen-Zers, include Tucson, Arizona; Raleigh, North Carolina; Columbus, Ohio; and Tulsa, Oklahoma.

Noted, tourism is down everywhere. But in New York, it’s not just because travel is more difficult. Even when the crisis is over, and if New York doesn’t make a comeback, then how many tourists are wanting to go there?

New York Could Fall into Disrepair

Even before the pandemic, New York was facing a tax crisis, with a $9 billion deficit. Now, with property tax, company tax and income tax in freefall the situation is dire. Office workers have also relocated to other states, and that tax base is also gone.

New York has never been locked down for so many months. Not in any pandemic, war or financial crisis. When Covid-19 hit, people left New York City, thinking they will be back after a month or two. But they are all still gone. And the city has a $9 billion deficit. How does a city pay back its debts? Aid from the state? But the state deficit just went bonkers. Taxes? But businesses are closing and more people are unemployed. Tolls? Fewer people are commuting to work now. So, will New York ever bounce back? What do you think? If yes, when and how?