How the U.S. Dollar Became the World’s Reserve Currency? 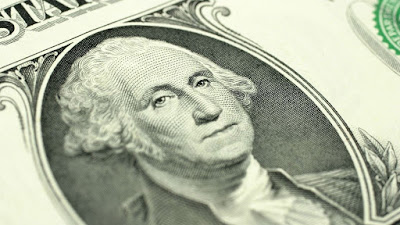 According to the International Monetary Fund, the U.S. dollar is the most popular currency. As of the fourth quarter of 2019, it constituted over 60% of all known central bank foreign exchange reserves.

Before World War I, international trade was largely based on the gold standard. Countries linked their currency directly to gold and all trade between nations was carried out using gold. However, when World War I broke out in 1914, many countries abandoned the gold standard so that they could pay their military expenses with paper money, which devalued their currencies. Three years into the war, Britain found itself having to borrow money for the first time.

The United States became the lender of choice for many countries that were willing to buy dollar-denominated U.S. bonds. In 1919, Britain was finally forced to abandon the gold standard, the dollar then replaced the pound as the world’s leading reserve.

The United States served as the Allies’ main proprietor of weapons, supplies, and other goods in World War II. Collecting much of its payment in gold, by the end of the war, the United States owned the vast majority of the world’s gold. This precluded a return to the gold standard.

In 1944, delegates from 44 Allied countries met in Bretton Wood, New Hampshire, to come up with a system to manage foreign exchange that would not put any country at a disadvantage. It was decided that the world’s currencies could not be linked to gold, but they could be linked to the U.S. dollar, which was linked to gold.

The arrangement was then known as the Bretton Woods Agreement. It established that central banks would maintain fixed exchange rates between their currencies and the dollar. In turn, the United States would redeem U.S. dollars for gold on demand. Countries had some degree of control over their currencies by buying or selling their currencies to regulate money supply.

Thus, the US Dollar retained its position as the world’s major currency reserve. The relative size and strength of the U.S. economy supported the value of the dollar. As of 2018, the U.S. had $1,671 billion currency in circulation. As much as half that value is estimated to be in circulation abroad. The trust and confidence that the world has in the United States have kept the dollar as the most redeemable currency for facilitating world commerce.

Will the Dollar be Replaced?

By early 2010, some economists had predicted that the Chinese Yuan may overtake the dollar as a global currency by the early 2020s. However as of today, the Chinese Yuan remains far from being anywhere near the US dollar in terms of trade or as the reserve currency of central banks. The Yuan is not used as widespread as the US dollar. Its major usage is still domestic – within China. Meanwhile, the Chinese central bank itself is the largest hoarder of dollars. This position is not likely to change in the foreseeable future. Why? The Chinese economy must be substantially larger than the U.S.; world trade must be denominated in Yuan—which the U.S. will not allow; and, military power must shift to China. What do you think?

Kimberly Amadeo, Why the US Dollar Is the Global Currency www.thebalance.com