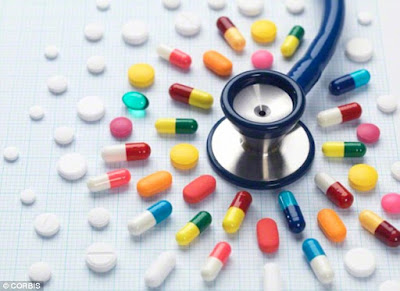 The pharmaceutical industry has been responsible for a host of medical miracles over the past century, from disease-eradicating vaccines to revolutionary new treatments for a wide range of cancers and long-term chronic conditions like diabetes. Research undertaken by private pharmaceutical companies and bio-tech firms, alongside public research institutions, has improved the length and quality of millions of lives.

In the US, for example, annual cancer care costs are expected to rise from $104bn in 2006 to $173bn in 2020, according to the American Society of Clinical Oncology. A major component of that increase is the rising number of cancers along with other factors. Data from the Memorial Sloan Kettering Cancer Centre shows that 15 cancer treatments launched in the last five years cost more than $10,000 a month, and many existing drugs are getting pricier every year. The cost of innovative, patent-protected drugs is becoming increasingly difficult for patients and cash-strapped health systems to cover.

According to data from the IMS Institute for Healthcare Informatics, price rises on existing branded drugs accounted for $20bn in the industry's sales growth for 2013, just enough to cover the $19.3bn in lost revenues due to patent expiration.

The mounting cost of drugs has provoked a debate that penetrates to the heart of the pharma industry's business model, including the funding of innovative research.

Researchers writing in the Journal of the American Medical Association (JAMA) investigated the financial balances of pharma companies dealing in the business of developing, manufacturing, marketing and selling drugs. Their calculations found that in the years between 2000 and 2018, 35 big drug companies received a combined revenue of $11.5 trillion, with a gross profit of $8.6 trillion.

One of the key findings relates to the median net income margin—i.e. the percentage of revenue received after all expenses have been deducted from the total. The median net income margin reported by 35 pharma companies between 2000 and 2018 was almost twice as high as it was for the 357 non-pharma companies in the S&P 500 investigated—13.7 percent versus 7.7 percent.

According to Kaiser Health News, 4,311 prescription drugs saw price hikes in 2019, with average increases coming in at 21 percent. In contrast, 619 saw prices dip.

A fundamental issue with the public perception of drug pricing is the yawning gulf between the cost of production and the actual market price.

Campaigners for pharma industry reform want to see more public money spent on early-stage pharma R&D as a way of introducing high-quality but inexpensive and non-exclusive drugs to the market.

The other major disadvantage of the current R&D system is the risk-averse tendency that market forces instil in large pharma companies. Meanwhile, the industry has been increasing the pace of mergers and acquisitions, buying up small teams that have often been publicly funded, and then developing their products to sell at the same monopoly prices. What research money remains naturally flows to the most profitable therapeutic areas, leaving drug pipelines perilously underpopulated for certain conditions.

Clearly the R&D and research funding system is far from perfect, but what's the alternative?

Large-scale public-private research partnerships between the industry and the public sphere would have the benefit of giving governments and taxpayers a much greater say in the industry's drug development priorities. This may open the door to greater innovation in urgently required treatments like, say, new antibiotics to combat the threat of antibiotic-resistant superbugs .And the value of the public sector playing a larger funding role in early-stage R&D is for cheap distribution; otherwise taxpayers are getting the worst possible return on investment.

The debate on drug pricing is really a question of the value that the pharma industry offers to society.